The first two rounds at the Infinity Club went almost according to the seeding, only Christina Gomez from Spain caused an upset by beating higher ranked Ineta Mackevica from Latvia.

The quarterfinals took place on the glass court at the Park Lake Shopping Mall.  Contrary to PSA events,  EICC is played in a Monrad format with players competing for all positions, therefore the action continued at the Infinity Club, for all the players.

The first match on the show court produced the first major upset, World no.55 Enora Villard, from France seeded 5/8 battled for 50 minutes to beat Belgian No.2 seed, Tinne Gilis in five sets and secure her place in the semis.

The men’s No.2 seed, Nicolas Mueller dropped a game against Sebastian Bonmalais and had to work for 51 minutes,  but got through.

The other big upset of the day was Hungarian Balasz Farkas (PSA 114) beating French No.3/4 seed August Dussourd (PSA 68) in four games.

The first medal match on final’s day was the encounter of Melissa Alves and Enora Villard, both from France, for the bronze medal.

Alves controlled her team mate well throughout the match and won her first EICC medal in three straight games.

Balazs Farkas was aiming for the first Hungarian medal in EICC history.  He started well into the game, but after losing the first game 11-13, his opponent Nicolas Mueller took control of the match and secured the bronze medal for Switzerland.

The women’s final was a tough fight between top seed Nele Gilis and last years’ runner up Coline Aumard from France, both players fought hard but finally Gilis had the better end in the fourth game narrowly winning 13-11 and her first Euro title.

In the men’s final titleholder Borja Golan met top seed Raphael Kandra. The German rushed to a  2-0 lead, but Golan fought back to level the match. The fifth game was a superb display of squash at highest level.

The crowd was treated to great attacking shots, beautiful lobs and incredible retrieving of both players. After 81 minutes, Kandra manged to clinch the final game 12-10. It is not only his first title, but also the first EICC title for Germany 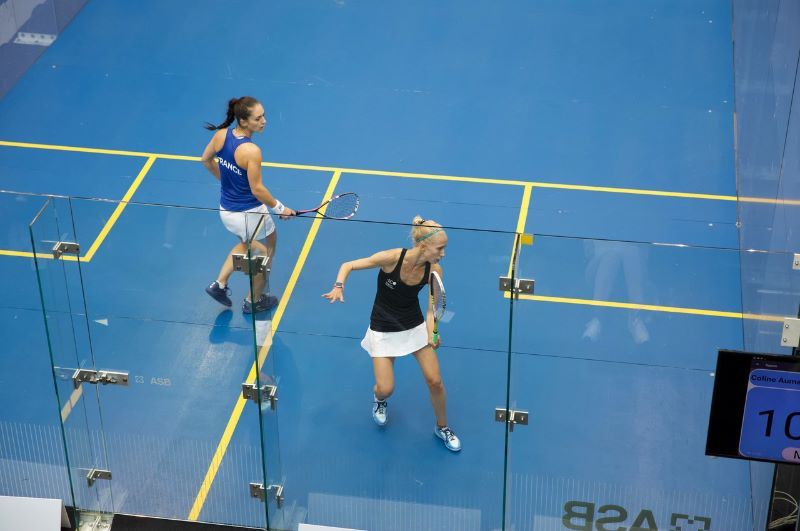 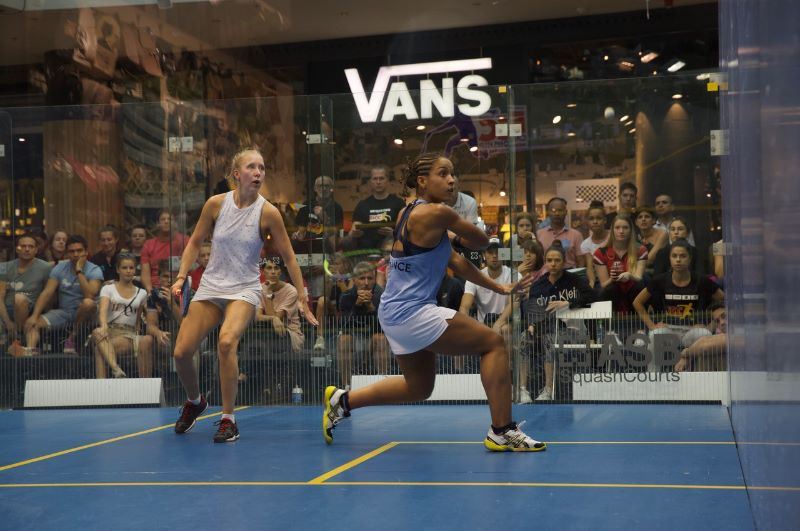 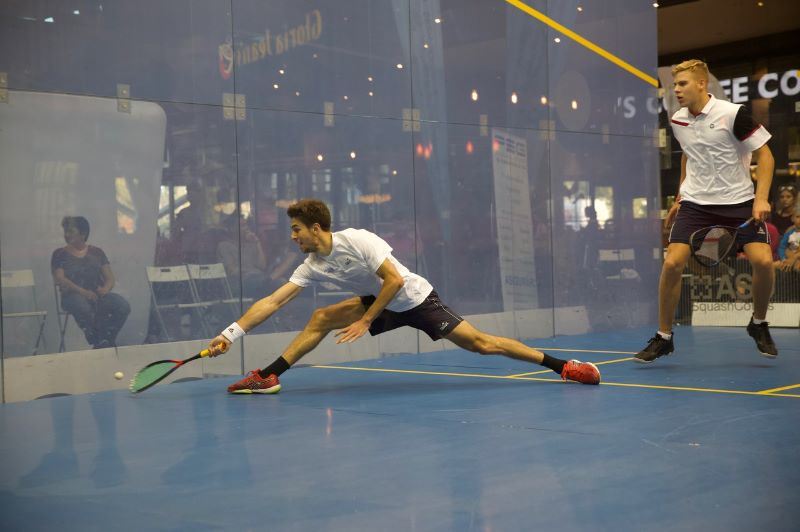 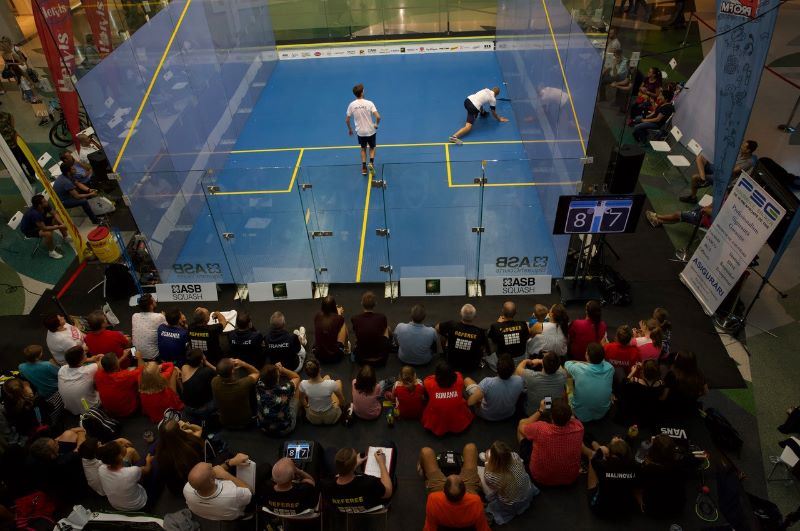 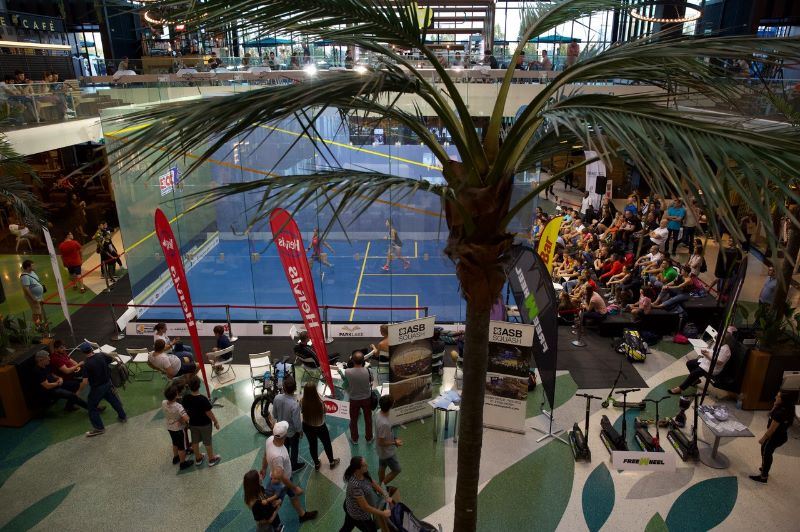